While flu levels for October remain low, an uptic was observed in Mexico! 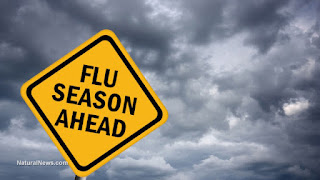 Mexico – While flu levels in the US mainland remain very small, Secretary Francisco Esparza Parada reported that cases of seasonal influenza in Aguascalientes (located in north central Mexico) increased by 565% during 2016, when so far, 306 cases have been registered compared with 46 in the same period last year [2015].

The secretary also reported that 404,411 cases of acute respiratory infections have been registered, compared with 358,241 cases reported during the same period of [2015], that is, nearly 13 per cent
higher."

On the increase in cases, the state official said that "the cause could be early onset of temperature changes; we are already in the 3rd cold front." He recommended, "care for children younger than 5, keep them warm, drink enough liquids, hot liquids and include fruits and vegetables in the diet." He also said it is important "not to visit places where there are large gatherings if you already have symptoms and seek prompt medical attention," and further stated that "so far there have been no deaths."
Posted by Dan Owen at 11:48 AM