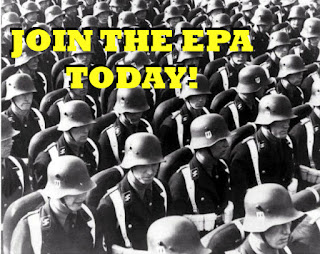 It's really no secret that the Republican Party is currently on the verge of utter dissolution. I wouldn't be surprised, at all in fact, if this turns out to be the last election in which they play any meaningful role. The Socialist-Democratic Party will thereafter run pretty much unopposed, not too very unlike pre-war Nazi Germany back in the 30's. Hillary and the Democrats are aware of this real possibility and are celebrating as they make plans for the fulfillment of the New World Order!

So, here's what's on the chopping block in the near term, (in my humble opinion);

1) The elimination of the First Amendment. Speech will be something that the State gives you as a privilege, from time to time.

2) Open borders for all! Just imagine a daily influx of two to three million non-working, mostly illiterate and hungry refugees looking for another handout.

3) Totally free trade. America will be relegated to third world status in a scenario straight out of Dante's Inferno.

4) Corporations perform a mass exodus and leave for other countries after Hillary raises their taxes through the roof.

5) Massive new amounts of regulatory bills will be passed that will strangle any business that tries to remain inside our borders.

6) The passage of a single payer system whereby the government decides what doctor you will see or even if you will see one at all.

7) The installation of an all liberal Supreme Court that will insure far left policy for the next generation to come.

8) The encouragement of the country to being fully secular and the denouncement of all things religious.

9) The placement of minorities into positions for which they are unqualified in order to achieve 'quotas'.

10) And finally, the formation of a governmental police or security force, possibly in the guise of the EPA, that will enforce order for the well being of the masses.

Yes, we are on the verge of a brave New World order. A world of fairness and equality for all beings, as they bravely tread the downward path to Hell and Damnation.
Posted by Dan Owen at 10:56 AM