The Problems with Second Life! 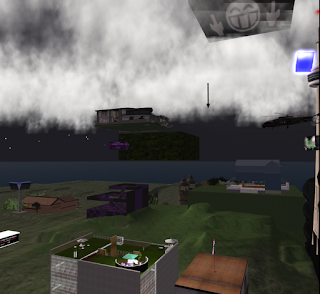 I was originally going to title this post ‘The Problem with Second Life’, but then thought a moment and realized that there are a number of problems going on with this server based virtual reality.
1)      Lag – baseless out of control lag has got to be driving traffic away by the tens of thousands. Linden Labs for whatever reason has been totally unable to do anything about this major problem with their sim. Either fix this problem or face eventual extinction!


2)      Crap all over the place. With few exceptions, land management in this sim is a complete and utter disaster! Many of the regions looks like a house that’s been trashed by a bunch of teenagers who threw a drunken party because mom and dad were out of town. Come on Linden, quite fucking around and come up with ideas to get your world cleaned up!


3)      No innovation to speak of since this site went up a hundred years ago. Linden should consider firing their current staff and bringing in fresh blood. Here’s thought. How about developing add-on hardware that could be connected to a system that would buffer incoming and outgoing traffic. That would speed the game up tremendously at modest cost to the consumer. Duh!


4)      Land costs are unrealistic and shut out too many consumers.


5)      How about offering an upgraded area or world where the entrance requirements are more stringent. A smaller and more defined world with more restrictions to help make the experience more real world. A place with enhanced server speed that would not suffer the lag problems experience elsewhere in the sim generally.
That’s just a few ideas. I really enjoy SL and like millions of others want to see the experience continue to evolve and improve for everyone!
Posted by Dan Owen at 12:34 PM