Waiting on the last turn of the dial for planet Earth! 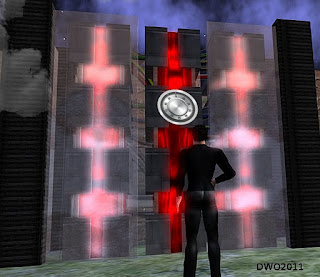 Somewhere deep in the bowels of the earth, there stands a man who is reaching for a dial that unlocks the safe of global disaster. Only he doesn’t know that. He thinks that ‘change’ is actually good for his planet. So, without further thought, he turns the dial to the first number:

2 – The amount representing the amount of carbon released to the atmosphere in 2005 when drought conditions in the Amazon Rain Forest caused the world’s largest carbon sink to reverse itself and release 2 billion pounds of CO2 into the atmosphere. KLUNK – the first tumbler falls into place.

1361 – The new solar constant which is reduced from it former strength. The sun is going towards a thirty year long solar minimum. KLUNK – the second tumbler falls.

388.92 – The number in parts per million of CO2 that are in earths atmosphere. A number higher than at any time in the last half million years. KLUNK – The third tumbler locks solidly into position.

20 – The number of feet the oceans would rise if the ice on Greenland melts, which it is. An event that could disrupt the deep thermohaline layer in the ocean and trigger another ice age. KLUNK – The fourth tumbler is in place.

Now, there is but one more number to be turned. No one knows what that number is…yet!
Posted by Dan Owen at 10:28 AM