Attorney General Holder: Golly, just look at what Eric's up to these days? 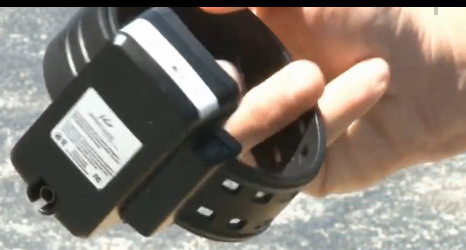 It is not without some sense of relief that I recently discovered that at least a few of Obama's appointed officials are out there spending out money wisely. Take Eric Holder, for instance. He's been busy with his DOJ, thinking about how it might be possible to force gun owners to wear a bracelet that could communicate with the wearer's gun so that it would only fire for that individual. Seriously! Who else in this entire world could have thought up something like that? And, what could possibly go wrong with such an approach?

At a time when other agencies, like the Hilliary Clinton's State Department, who can't seem to account for billions in past expenditures, it's comforting to know that our Attorney General has his head squarely screwed on his shoulders and is spending the People's money so wisely! You can read more about this great idea here: - http://www.foxnews.com/politics/2014/04/08/holder-want-to-explore-gun-tracking-bracelets/

Personally, I cannot think up even one thing that could ever go wrong with such an approach to gun control. Can you? Maybe, they could also come up with a neck brace that could go around overweight people necks! That way, whenever they try and walk into a fast food place, it could begin to constrict their necks in such as way as to make eating impossible! What? What's wrong with that idea? It's progressive, don't ya think?
Posted by Dan Owen at 9:16 AM