The Middle Class under seige! 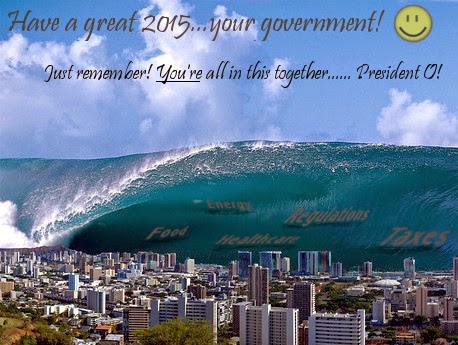 No matter what happens, you're in this together is the message from a government that increasingly is distancing itself from the rest of the country's declining fortunes. While the average American's income has gone down for the first time in memory, government spending has skyrocketed from 1.5 to 4.5 trillion under Obama's watch. It would seem the party in Washington goes on no matter what!

The year 2015 should be an especially exciting time for the Middle Class, as it gets pummeled with an increasingly devalued dollar! All that happening at a time of major increases in the cost of food, gas and energy! (But that's OK, because most of the little you earn will have been targeted by new and more 'progressive taxes')!

Wake up America! - You are being progressively screwed by a smiling group of con men who will disappear into the woodwork when the final bill comes due!
Posted by Dan Owen at 10:13 AM