Eating at a Deli is an experience! 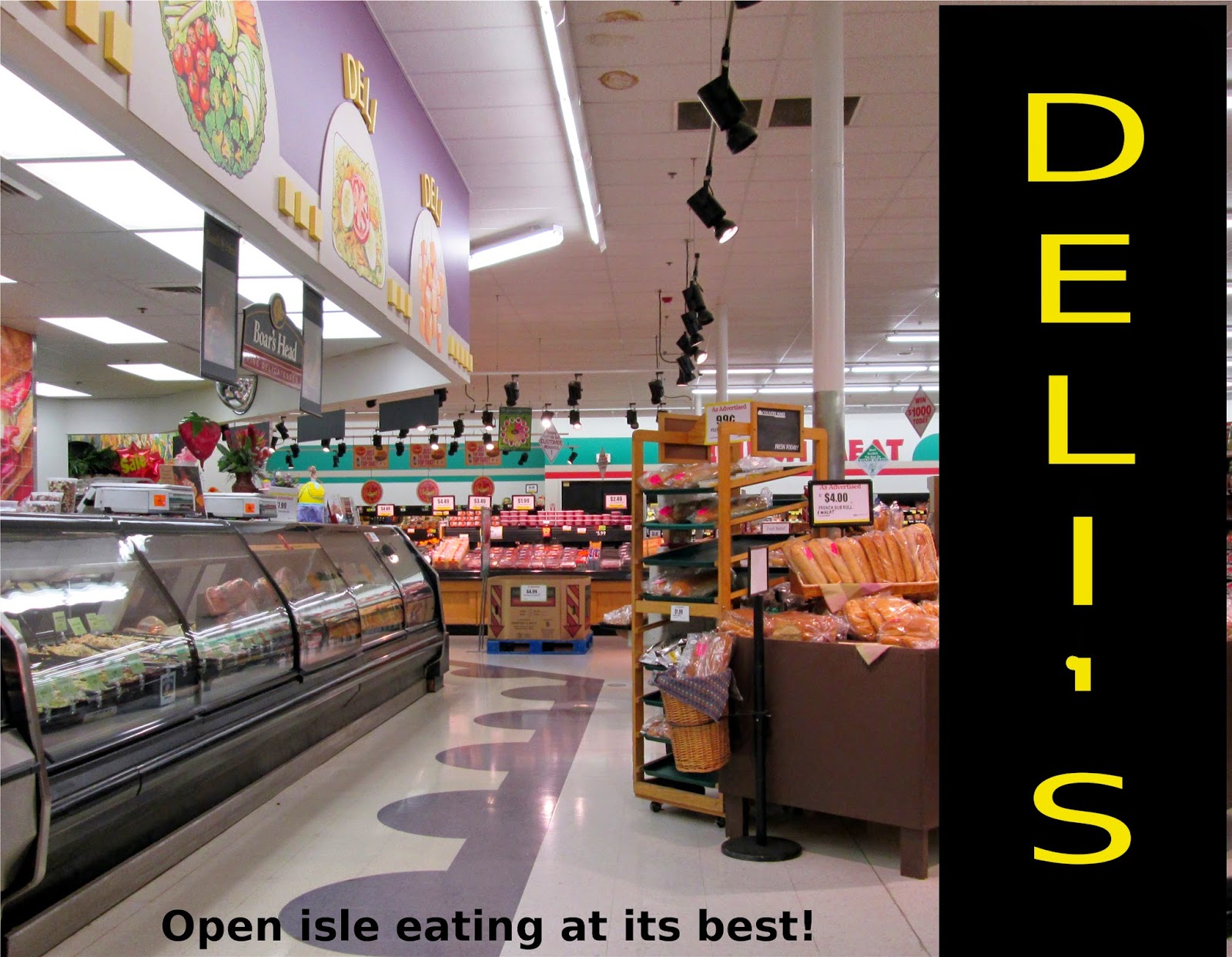 Earlier today, I had the unique opportunity of dining at Deli's! This avant guard open isle restaurant is conveniently located inside a grocery store (who would have thought) and is the place to be seen on any given day in the busy metropolis of Forsyth Missouri. Garden Capitol of southwest Missouri!

As the lines form up early, I made sure to be among the first through the doors on a Sunday in April. Even so, I found myself waiting impatiently, while an older gentleman in front of me, ordered up the last of the link sausages for his grand slam meal! At only $4.99, you get scrambled egg like food mixed into an order of biscuits which themselves are literally swimming in a sea heavy gravy bashed up against a rock hard tube of hash browns! There's also a choice of meat, but as you can see, I had to settle for the bacon! 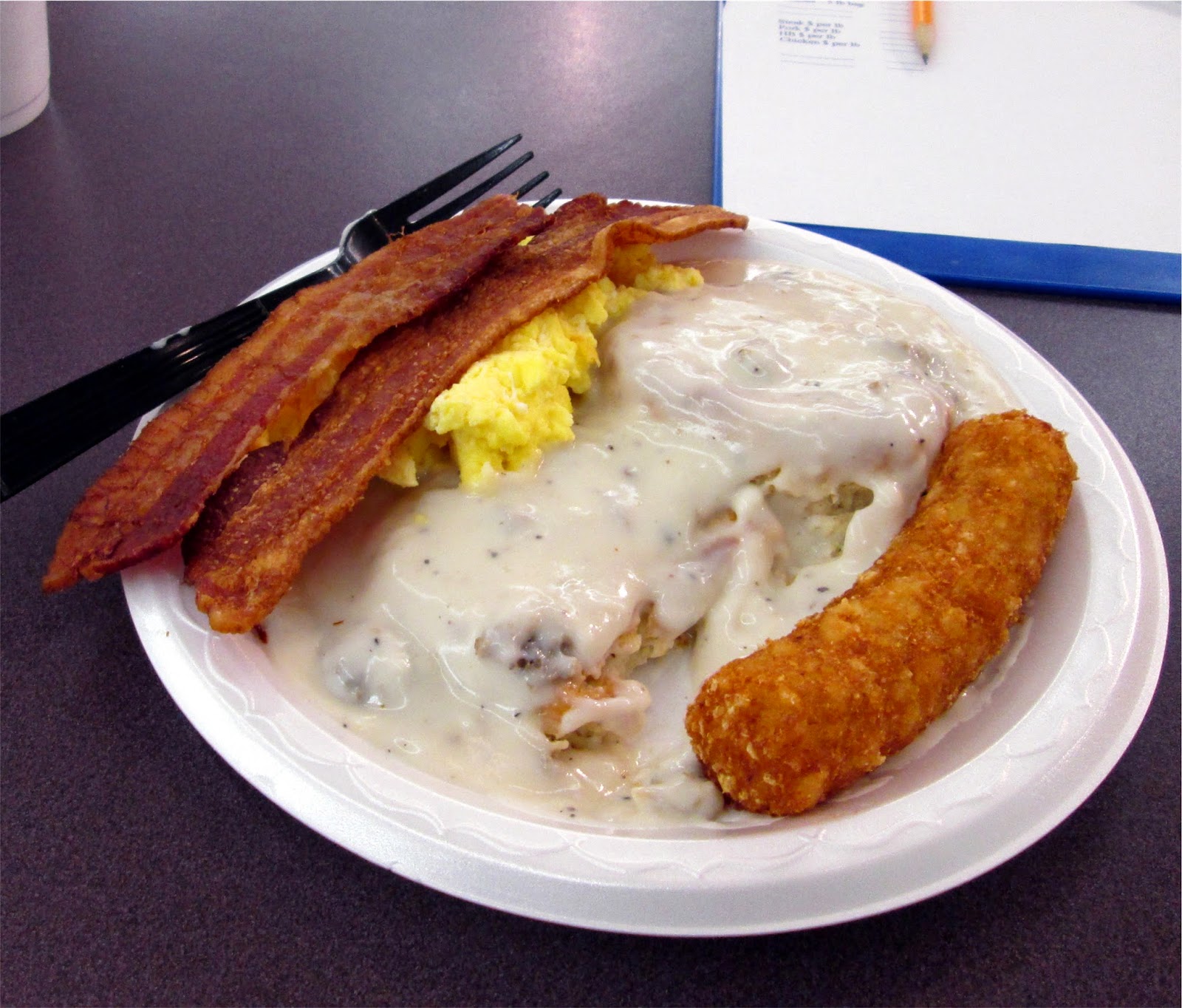 Seating at Deli's is also rather limited and I had to settle for standing with one elbow propped up against the glass of the meat display will attempting to spear a forkful of biscuit into my mouth. This met with glaring disapproval from the lady chef – let's call her Shelia, but I stood my ground (ahem) and ate quickly as the paper plate was threatening imminent collapse.

Deli's is open daily from 7:30 AM to 10:00 AM after which it reverts back to being a plain old deli where you can order coleslaw and slices of turkey before heading over the the Produce Department. (I understand there is a lunch crowd, but have never seen anyone actually eating, just a few older gents sipping coffee from time to time).
Posted by Dan Owen at 9:50 AM