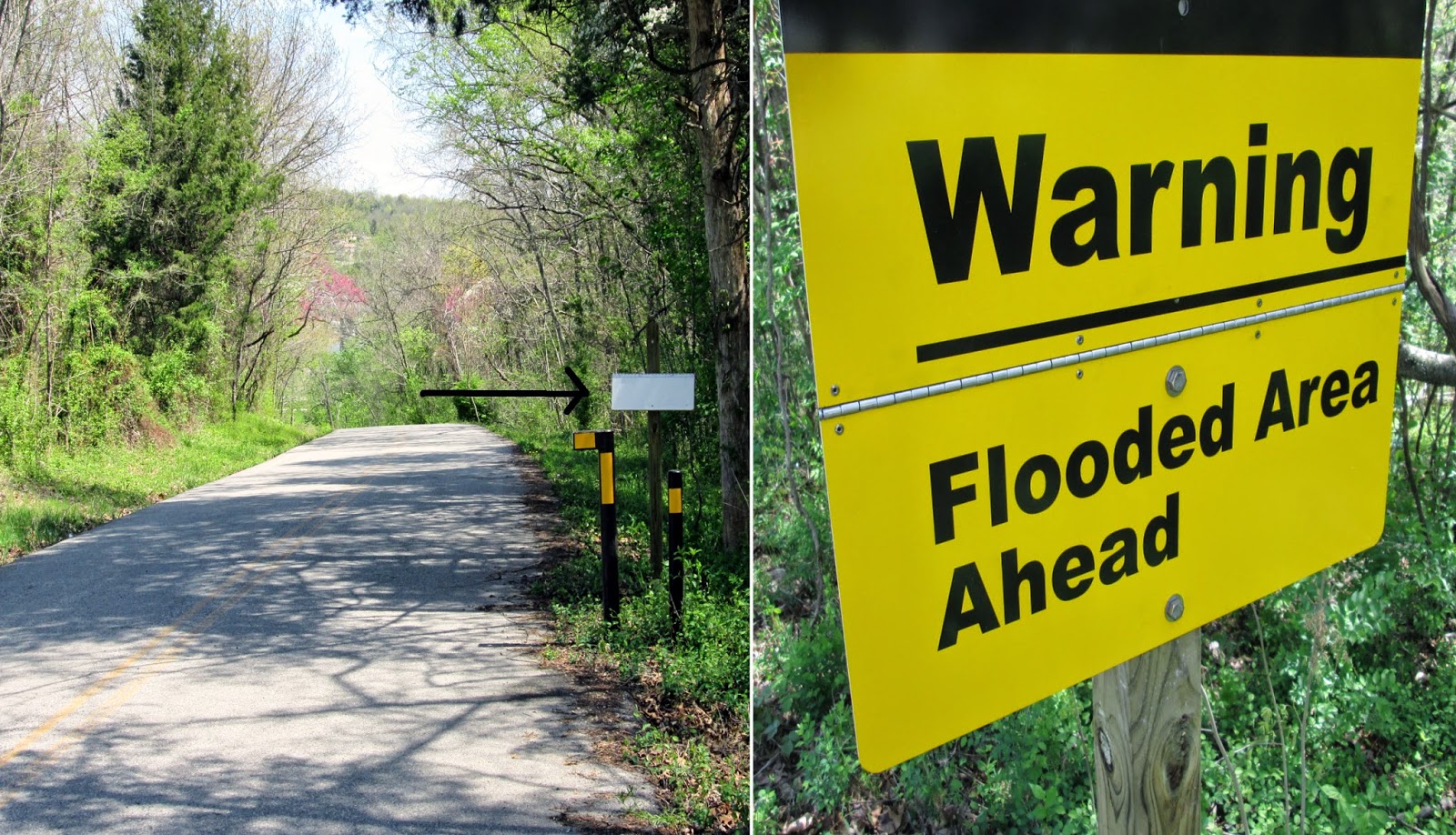 OK, these new signs just erected by the two entrances to River Run Park located near Forsyth Missouri and which are currently under Federal control, leave me somewhat puzzled! In the past, I would have shrugged something like this off, trusting in the Corps to their work. These days, however, this just makes me wonder what our fearless President and his minions are up to now?

River Run Park has been flooding ever since the Powersite Dam was first built back in the early 20th Century. When it does flood, it does so relatively slowly, giving everyone (locals and visitors alike) plenty of time to relocate. However, last year the Corps installed thousand dollar plus gates (at taxpayers expense) for those occasions when the felt they needed to close the park for either environmental, safety or political reasons. For instance, the Park was closed most recently, when one official told me that a ten foot wall of water was coming – it never arrived. Before that, they closed the park and thousands of other like it due to a failure of Congress to raise the National Debt ceiling – a move done solely to irritate citizens all across the nation by our fearless leader. Really! (Do we need this kind of BS from the people that work for us)?

OK, back to the sign. Just when and how it might be used is a matter of some conjecture. Perhaps there will be a great flood someday. A flood of such magnitude and scale that not only will the entrance have to be sealed, but anyone approaching the park area will be warned in plain language THAT THE PARK IS FLOODED! As though we – each and everyone of us are too stupid to surmise such an event for ourselves! 'Hey! Look Helen, there's water down there in the park! Maybe we should not drive down there!' - Duh! Look, if the park ever does get that flooded - then just close the gates!

Seriously, I strongly support my federal government, our leaders and our politicians! What I do not support is needless waste, incompetence and political games at a time of national crisis!

On a positive note - it appears that a Park Attendant has just arrived today and that the the power and water supplies to the camp sites is in service!