Egg monster attaches itself to Obama! 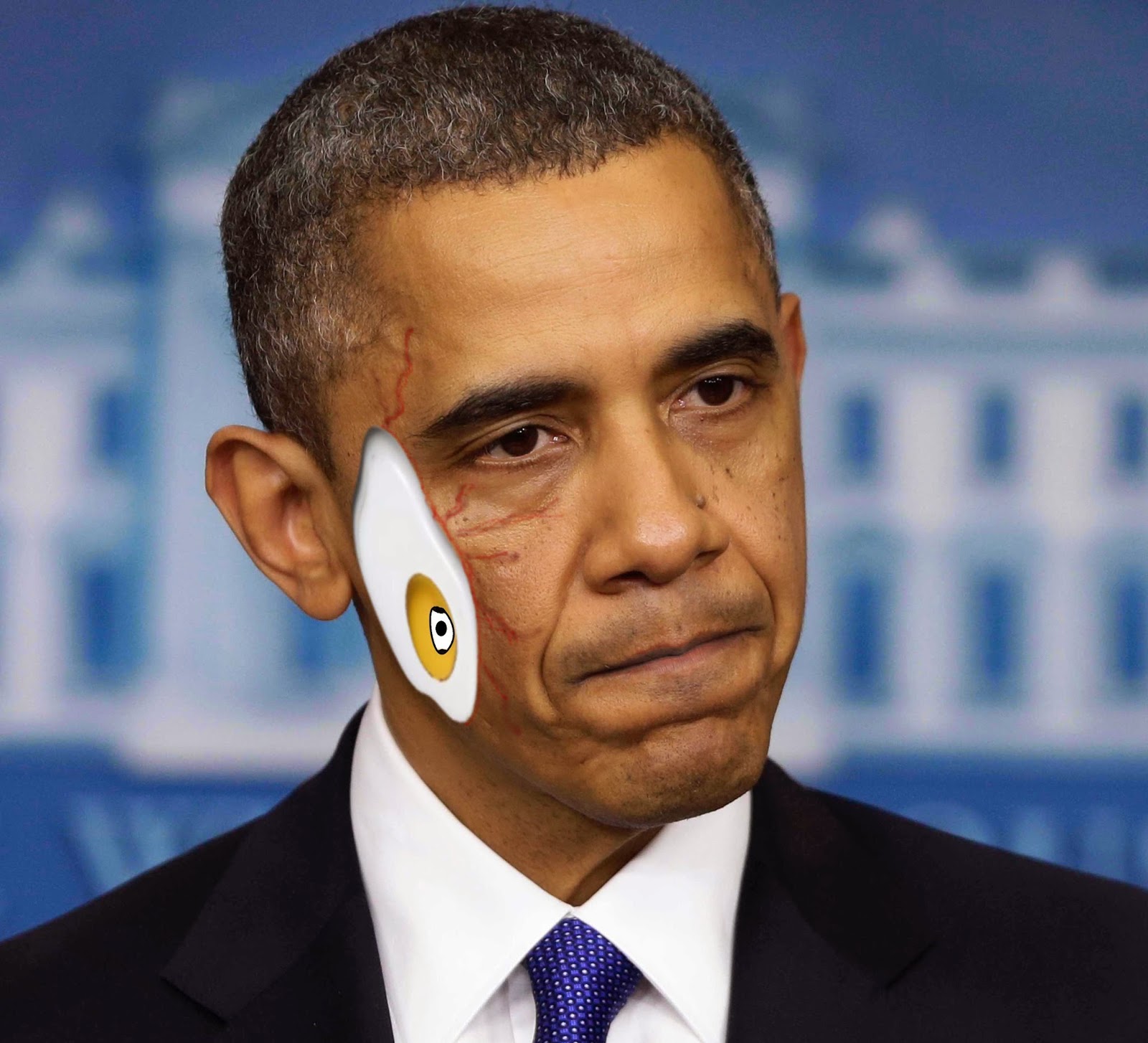 Where it originally came from, one can only guess. When it came was a much easier question, though. Tuesday before last, this gelatinous mass which appeared very much like a fried egg was spotted on a popular Washington D.C., street making its way and in the general direction of the White House.

Evidently authorities thought it more amusing than any actual threat and left it pretty much alone, (save for one officer who sprinkled some salt and pepper over it for a cheap laugh)! But other than that small insult, the 'egg monster', was left alone to slide along Pennsylvania Ave at the incredibly slow pace of one tenth a mile an hour. Days passed.... and everyone pretty much lost interest. After all, it was so damn slow!

Then, earlier today, I was startled when I saw President Obama on the TV! That egg monster had attached itself to the side of our beloved President's face! And, what was the most shocking to me – he didn't seem to take any notice! (Even Earnest tried to put a really positive spin on this unexpected development by commenting that Obama was apparently not afraid to be 'caught with egg on his face')! Ha ha.. ha.... Everyone got a good chuckle out of that.

For my part, I'm concerned that this evil monster is taking control of Obama's mind....(which would actually explain much of his recent conduct)...and that's no 'yolk' folks! As now, it apparently has
reproduced itself! The new 'egg thing' has been spotted sliding down the Halls of Congress near Harry Reid's door - Which, now that I think of it, could result in a better human being....Go egg monster!!

Update: Circa 2015 - It seems the egg monster dudes have left our planet. Even they could not turn humans as vile as a politician, sunny side up!
Posted by Dan Owen at 9:23 AM