Think I'll pass on Trump! My picks for Presidential candidates! 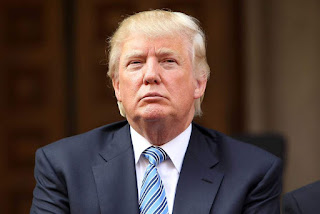 Trump, to me anyway, is first and foremost a performer of the comedic ilk. He's a lot like the one we've had in office for almost seven years, and frankly, my sense of humor has waned.

Let me see now. What have we got in terms of looking at both party's viable candidates? I think the number is something like this:

Hillary Clinton - Here' someone so mired in one scandal after another, it's hard to keep track! I'm betting she will be indicted shortly and thus not a player.

Bernie Sanders - Whoa boy! This Marxist wannabee actually strikes a chord with our fringe population. Other than that he's all show and a no go.

Joe Biden - Now here's a potential winner for the left. Joe baby is kinda hanging out while he waits for the hammer to come down on Hillary - I think he has the best potential to carry forth the far left and their dingbat concepts.

Donald Trump - Old Donald has been a great distraction for everyone who is sick an tired of career politicians and their get nothing done mantra. It's too bad he also comes off as narcissistic, authoritarian and brutish. A big turnoff for a lot of conservative voters.

Dr. Ben Carson - What Donald lacks in the social graces, the doctor practically oozes out of his pores. I personally like this man and could stand to see him elected as my leader. What he might lack in experience would be more than made up for by his cabinet to be.

Ted Cruz - A real sleeper, in my view. This guy has experience out the yahoo and appeals to a large segment of Hispanic and Latino voters. A man that will bear watching as we head into the meat of the season.

Carly Fiorina - Now here's a person who I consider to be a real pit bull. She's a fighter, a successful business woman and a lady who spots a really thick skin. and while I don't think she has a chance as President, she would make for a dynamite VP with Presidential potential on down the road.


So who do I think will win the big enchilada? 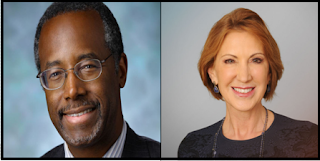 Email ThisBlogThis!Share to TwitterShare to FacebookShare to Pinterest
Labels: Candidate count down, Forsythkid, my picks for President