The five tests of evil: Why America will fight Iran! 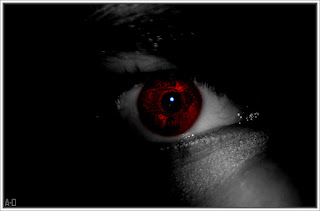 In a word: Evil! Iran's government is evil, pure and simple. Good is always in conflict with evil. That's an axiom of the universe that will never be changed! But, how does one really know which is which? Is there some sort of test? A litmus test of evilness as it were?

Yes, as a matter of fact there is. It's in the form of five simple tests that most anyone can apply to any country on the face of the earth. Here they are in no particular order:

The test of what is real versus what is not real!

In this world there are two actual sets of commandments that were handed down from above to the children of earth. One set of ten is well known to most of humanity. It was a set of instructions on how to avoid really bad things happening to us through the surrendering to temptation. That is doing actions that might benefit us in some way but which deprives someone else in the process. Achieving a life that avoids the killing others or of stealing (both in the physical or business sense) takes a lifetime of hard work. However a sane person would never find fault in any of these.

The other set of rules are the 'built-in' ones that should work for each of us on a gut level. Things like not jumping to your death from a cliff, or covering yourself with gasoline or blowing yourself up (and others) should be readily apparent (and abhorrent) to even the most naive among us. They are there to help make sure we survive and can only be 'disabled' if, from birth, the person is brainwashed to believe strongly in something else...even if that something else goes against natural instincts!

In Iran, the lifelong teachings found in Islamic Sharia Law bypass the teachings of God by instilling in the young that violence against others is not only OK, but often a necessity of spiritual life.

No, actually, it is not! (Stop here and take the time to read up on Sharia Law. Be informed - not merely opinionated).

The test of a painful existence!

In any 'civilized country', there are many who complain about this or that mpst every day. About how hard their lives are and about how they wish they had more of this or that. But, if you were to take random snapshots of people going about their day to day lives in said country, you would discover mostly animated, lively and smiling images staring back at you. While far from perfect, they are walking the walk and talking the Lord's talk.

In 'other countries' such is not the case. Your camera would more often yield images that would be visually painful to look at. Something in the picture would impart a feeling of wrongness. Well, maybe it's the abject crushing poverty staring at you that causes this. Perhaps in any country, which forces the majority of its citizens to live in squalor, while a few 'gifted and enlightened' live life in relative splendor; you might experience a visceral red flag when exposed to it. Now, stop reading and go to the internet and gaze on the pictures of the people of Iran. This test will then become clear to you.

The sneak-in or flee-out test!

Watching a countries borders can be most informative. Do you remember the Berlin Wall and the almost nightly escapades of desperate men and women who tried, even in the face of death, to escape? Perhaps you are too young. How about America's southern border then? There are some walls there too! Which way are the 'escapees' running?

In Iran, the exodus out of that country has been on-going for a long time. (It that a true statement? Do your own research and then get back to me)!

The test of past deeds!

This one is simple. It's really about recent history. Make a simple ledge and make down the number of countries America and Iran have helped with charitable supplies over the past decade or so. Whoa! Iran seems to be lacking a little in that department. Turns out the only time they've made an effort to 'help' it been aid to another country to help suppress or subjugate its people. Look at Iran's recent aid to Syria's Assad for example... And, yes, I know America has 'aided the enemy of your enemy' in the past. We are not a shining example in that regard. But, it can be rightfully said, that in all those cases it was done to help maintain the stability of a region or it was done in a purely humanitarian way to help feed starving people. That said, yes there have been unintended consequences even if our collective 'heart' was in the right place.

The test of sanctions!

This is one of my favorite tests! Mainly because it so mimics the human body when an infection occurs. In the case of an infection, a person's body (world) does two things. It attempts to wall off (or sanction) the offending crud and, it expends cells (soldiers) that die off in fighting the infected tissue (pus). Both these have been going on with Iran for a very long time. Unfortunately, efforts by the organizations like the UN have proven ineffective. So, what does a good old country doctor do at that juncture? He performs a procedure known as 'lancing'. It's ugly, but it gets the job done.

I contend that the Iranian leadership has been a boil on the butt of humanity for far too long. Let's us move, as a just and caring world, and cleanse this problem ASAP! Maybe, then perhaps we can all move forward and work together to help the rest of humankind reach its fullest potential.

Disclaimer: The article here was of the design of the author and expresses his opinion which may or may not reflect those of his fellow man.
Posted by Dan Owen at 9:17 AM

Email ThisBlogThis!Share to TwitterShare to FacebookShare to Pinterest
Labels: America and the coming wars, Danomanno, Forythkid, Iran and evil, the test of evil