Reheated pizza and my path towards the Matrix! 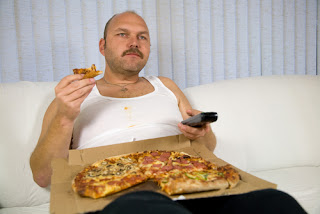 It is a fact of life that eating a pizza is perhaps one of the fastest ways of breaking a diet that is known to man. Everything on that pie, with the possible exception of the olives, is bad for you in one way or the other. And, like potato chips, I dare you to eat just one slice. Can’t be done! No way Jose!

Leftover pizza is even worst. It sits in the fridge and calls to me like a siren from Homer’s Odyssey. This goes on until sometime about 1 AM when I can take it no more. I get up, pop a slice into the microwave and moments later all is cheesy bliss! As I eat though, I have to forcibly ignore this little guy in my head. He's the one who's in charge of my metabolism and he's screaming to be heard above the sound of a klaxon. ‘all hands on deck – get those fat cells ready to take on a sh**load!’

The next morning dawns and the cycle repeats itself as I mentally justify having pizza instead of cereal for breakfast. I manage this by promising myself I won’t have yet another slice for lunch [lie] or two slices for dinner [lie #2]. This torture goes on until the last satisfying morsel is consumed. 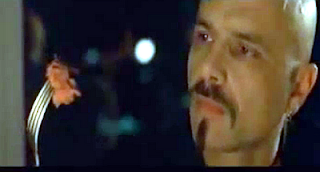 That line from the Matrix brought it all home to me! Were that I was a bit more naive, I could consume copious amounts of this most wonderful food in complete and utter bliss.
Posted by Dan Owen at 10:00 AM