Is there a creature in Vostok’s hole?? 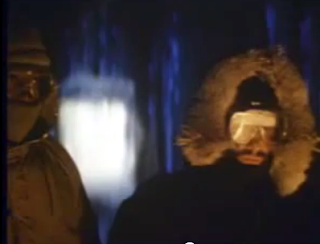 No, for starters, Volstok is a place – not a person. Volstok is located deep in the Antarctic Continent and in point of truth; it’s really a vast lake that lies below two miles of ice. Scientist had spent years trying to drill down to the lake to see what might lay there in the icy depths. Whatever was there would have been undisturbed for over 20 million years! But time was running short as the ‘winter’ was about to begin when the temperatures which had been a balmy forty below zero would soon drop down to close to a hundred below. A temperature so cold that a man’s eyeballs (no to mention other parts) can freeze solid in just moments if caught outside.

Things began to go wrong when the Russian team in charge of drilling the hole failed to report back via satellite phone early in February. A competing American team nearby wrote it off as nothing serious until over a week had stretched by and then concern began to mount. Now, unless the Russians are heard from or show up on their own, nothing can be done until the next ‘summer’ period half a year away. Conditions will make it impossible for any rescue to be effected and the fate of the Russian will dim.

It is at this point that speculations as to what happened will begin to mount. Maybe what killed the team wasn’t a large creature at all, but some primeval microbe that was so novel that mankind would have no defenses to fight it. Maybe that creature took out those Russians, froze again and is now content to wait for the rescue effort to arrive in the future. (This is beginning to sound like that creepy music played at the beginning of the movie ‘The Thing’ directed by John Carpenter)! Just remember that truth can be much stranger than fiction!
Posted by Dan Owen at 2:36 PM