On the topic of waste, insanity and the US! 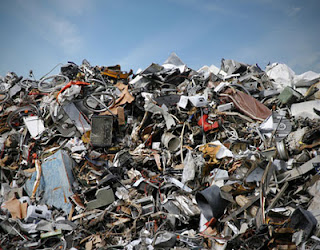 “Sometimes, I make the mistake of thinking and then my head hurts. Other times, I look around me and see stuff that just doesn’t make sense and that gets me nauseous. So, in a purely defensive posture, I’ve taken to not seeing or thinking!” DanO

However, for just the time that it takes to write this post, I’ll do both the above and talk a little bit about the word ‘insanity’. Now, the dictionary defines the word insanity as a ‘derangement of the mind.’ I also like the person who wrote that true insanity is ‘doing the same thing over and over while expecting a different result!’ For me personally, this word aptly describes a society that is hell bent on ignoring reality while living in a fool’s paradise for as long as they possibly can - I give you the United States of America. Let me expand on that by taking a look at just one empty plastic container. 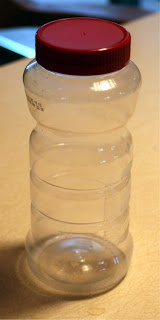 Here it is! It’s an empty plastic jar (now cleaned up) that once held peanuts. I paid something like three and half dollars for it, and for the record, I really did enjoy the contents. But now, here’s this annoyingly empty plastic container that is about as welcome in my home as the allergies I suffer with every spring! And you know what? Just the thought of tossing it out drives me INSANE! And that feeling of insanity lies at more than one level too! For one thing, I consider myself to be a frugal person. Not cheap mind you, but frugal. Frugal in the same way our forefathers had to be in order to survive living here in early America. In the same manner, we now see third world families forced to scrounge for their existence. (How long do you think a discarded container like this would last in a place like Bangladesh before it was snatched up and used for something else)? Yet, here in America countless billions of such containers are thoughtlessly discarded to the trash every year. And for most plastics, this is the start of a long journey that will see them end up in landfills where it may take half a millennium for them to breakdown. Arggh! Is that sane? I don’t think so.

[Is there no one left in this world that cannot maybe think outside the box and come up with a better way? Perhaps. Perhaps not.] 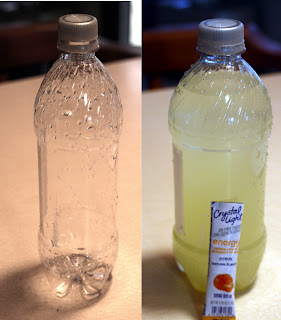 So, in the pursuit of both maintaining my ‘sanity’ and in living a ‘frugal lifestyle’, I’ve taken it upon myself to reuse containers as much as possible before discarding them. Take this used Pepsi bottle, for instance. I plan to refill it numerous times with a drink mix before tossing it into a recycle bin. And yes, that old peanut jar will see extended service as a spice container to hold herbs like basil that I hope to harvest later in the season. Or, since it’s also bug proof, I may use it to store something like sugar in the pantry. The point being that I have made a solemn pledge to myself to use everything at least twice before then making an honest attempt to see that it is recycled. Call me crazy. Call me insane. Even call me a Democrat or tree lover, if you want to. But, don’t you ever call me wasteful.
Posted by Dan Owen at 10:06 AM