Ah, the troubles caused by those who complain! 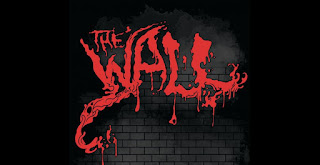 America is by most measure, still the best place to live in all the world! Lately, it's even improved somewhat, if you happen to follow the stock market. But, I fear that this momentum may well begin to flag soon. Not because of work force shortages, wars or rumors of wars, but because of those who seem to make living out of complaining!

Let me take a page out of the Democratic play book. There is something to be gained at times by stalling, pointing fingers and the outright spreading of falsehoods. For eight months now, nothing of any consequence has occurred in with the House or the Senate in terms of bill passing. Trump is witnessing obstructionism first hand as he has tried for Healthcare reform, tax reform and immigration control. The country, under Republican control, has drifted now for eight months! And sadly, it looks like that trend will continue indefinitely. Yes, things will just keep running along, until we hit a number of walls, that is.

Wall #1 – That pesky healthcare insurance hike, as figured by insurance actuaries each fall.

Preliminary analysis suggests some of the most popular plans could see double-digit premium increases. Health care consulting firm Avalere analyzed initial rate estimates from eight states and found that premiums for "silver" plans (the most popular plans) are rising 18% next year, after a 12% increase this year! On top of that, 41% of counties in the U.S. will have just one insurer option on the marketplace. Not good and certainly something to complain about!

Wall #2 – The Debt Ceiling. Come December (and perhaps for every three months thereafter), Congress will be forced to raise the National Debt ceiling thereby kicking that old dented can down the road once again, as the country continues to struggle on. (This move is somewhat similar to the head of a family whose credit cards have all be maxed, yet with a sense pride, that same person announces at the dinner table that they have secured a new credit card)! Yes, problem solved... for awhile.

For those unsure as to exactly what the Debt Ceiling is: The debt ceiling is the legal limit on the total amount of federal debt that the government can accrue. The limit applies to almost all federal debt, including the roughly $14.4 trillion of debt held by the public and the roughly $5.5 trillion the government owes itself as a result of borrowing from various government accounts, like the Social Security and Medicare trust funds. As a result, the debt continues to increase due to both annual budget deficits financed by borrowing from the public and from trust fund surpluses, which are invested in Treasury bills with the promise to be repaid later with interest. Can I get a good laugh here? That money is never ever going to be repaid!

Wall #3 – Actually, this could be termed the lack of a wall. Illegal residents, here in the US, cost taxpayers about 113 billion dollars a year! Money that could have been used for infrastructure, education and better healthcare. Interestingly, there are many people who complain that we should have completely open our borders and perhaps even rename the country The United Banana Republic of America or UBRA! A great idea! Note that in a stereotypical banana republic, income inequality is dramatic: one finds an ultra-rich minority, a poor majority, a small or nonexistent middle class, and a lack of upward mobility for most of the population. Wow! Which one are you?

Well, there are many more walls that were are sure to hit, this assuming the average American's brain haven't become totally addled by the above three....
Posted by Dan Owen at 10:04 AM