Flu season is right around the corner! 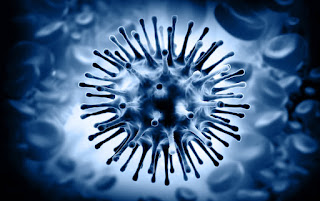 The last eight years have seen relatively mild cases of the flu. Here's a few stats that might be helpful...

You should get a flu vaccine before flu begins spreading in your community. It takes about two weeks after vaccination for antibodies to develop in the body that protect against flu, so make plans to get vaccinated early in fall, before flu season begins. CDC recommends that people get a flu vaccine by the end of October, if possible. Getting vaccinated later, however, can still be beneficial and vaccination should continue to be offered throughout the flu season, even into January or later.

This fall of 2017, the composition of U.S. flu vaccines has been reviewed and updated as needed to match currently circulating flu viruses. Flu vaccines protect against the three or four viruses (depending on which type of vaccine you get shot up with) that research suggests might be most common. For 2017-2018, three-component vaccines are recommended to contain:
Quadrivalent (four-component) vaccines, which protect against a second lineage of B viruses, are recommended to be produced using the same viruses recommended for the trivalent vaccines, as well as a B/Phuket/3073/2013-like (B/Yamagata lineage) virus

As of mid September, the incidents of flu in the US remained very low.
Posted by Dan Owen at 12:20 PM