Getting my flu shot! 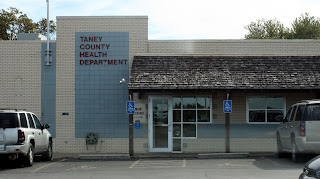 It was late September, in 2017, when I decided to go and get my flu shot! (Even though it was still early in the flu season). As the chart, (below right) illustrates, high rates of flu really start to get going from December on! But, this year I thought it prudent to get my shot now!  I decided to do this as the CDC was recording increased numbers of people coming down with the swine version of the flu (H1N1). So, I called the Taney County Health Department and scheduled an appointment for Friday, September the 29th. Hope I don't faint when they stick me with the needle!

The vaccine to be given out this season is as follows:

In my case (old age), I would also be given the slightly more powerful quadrivalent vaccine which also includes the B/Phuket/3073/2013-like (B/Yamagata lineage) virus!

Hey! What about the mercury content you may ask?

OK, here's some facts: Thiomersal*— A preservative that contains mercury — has never been shown to be harmful. The type of mercury linked with nervous system damage is methyl mercury. (Concerns over methyl mercury levels have led to recommendations that pregnant women avoid eating large amounts of certain types of fish, such as swordfish).

In contrast, thiomersal is an ethyl mercury compound.

Still, because the preservative raised controversy, especially over a now dis-proven link to autism, it was taken out of almost all U.S. Single does vaccines starting in 2001.

The injectable form of flu vaccine is available to health care providers in one of two ways — they can get large bottles of it, which contain many doses, or they can small bottles, which contain an individual dose of the vaccine.

There is a tiny amount of thiomersal in the multi-dose bottles. The preservative ensures that no bacteria will grow in the vaccine. The individual-dose bottles, however, contain no thiomerosal. So, anyone concerned about the compound's effects can ask their provider for an individual dose.

*Thiomersal, or thimerosal, is an organomercury compound. This compound is a well established antiseptic and antifungal agent. The pharmaceutical corporation Eli Lilly and Company gave thiomersal the trade name Merthiolate. www.taneyweather.com


See also: Officials brace for potentially bad flu season in the U.S.!
Posted by Dan Owen at 10:43 AM