Is the Elio Motors a scam? Yes, it was! 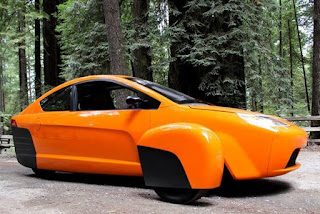 According to a recent article I read in Clean Technica, Elio Motors has delayed the launch of its planned electric 3-wheeler once again, this time until 2018, according to a recent update by the company posted on its Facebook page. It should be remembered that the company had originally planned to have its trikes on the road by 2015 (the company was founded in 2009). So what's going on?

Apparently, the company is apparently having some financial problems, this according to some reports. Of course, some in the industry have claimed for years that the whole thing is a scam and that the trike would never be mass produced. Really?

Autoblog reports, “As of September 30th (2016), the company had $101,317 in cash, down from $6.87 million at the beginning of last year. And while it has collected $24.8 million in non-refundable customer deposits, the company also had $30.7 million in current liabilities, up from $20.2 million at the beginning of the year. Through September 30th, the company’s net loss widened to $34.8 million from $13.9 million a year.” Wow! I wonder where all that money went? Based on the company’s current deficit, I’d say that it looks like Paul Elio’s dream will never come to fruition, and those who paid to be among the first to own these cars will have to eat their money and call it a tough lesson learned. Although at least those big spenders can say they got a T-shirt and bumper sticker out of it… right?
Posted by Dan Owen at 11:45 AM

Email ThisBlogThis!Share to TwitterShare to FacebookShare to Pinterest
Labels: Forsythkid, Is the Elio Motors a scam, opinion, three wheeled car