World running out of effective antibiotics! 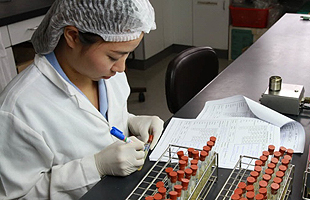 World Heath Organization – A September 2017 report released by WHO shows a serious lack of new antibiotics under development to combat the growing threat of antimicrobial resistance. It seems that most of the drugs currently in the clinical pipeline are modifications of existing classes of antibiotics and are only short-term solutions. The report found very few potential treatment options for those antibiotic-resistant infections identified by WHO as posing the greatest threat to health, including drug-resistant tuberculosis which kills around 250,000 people each year.

"Antimicrobial resistance is a global health emergency that will seriously jeopardize progress in modern medicine," says Dr Tedros Adhanom Ghebreyesus, Director-General of WHO. "There is an urgent need for more investment in research and development for antibiotic-resistant infections including TB, otherwise we will be forced back to a time when people feared common infections and risked their lives from minor surgery."

The report went on to conclude that there is a serious lack of treatment options for multi-drug and extensively drug-resistant M. tuberculosis and gram-negative pathogens, including Acinetobacter and Enterobacteriaceae (such as Klebsiella and E.coli) which can cause severe and often deadly infections that pose a particular threat in hospitals and nursing homes....

See Antibacterial agents in clinical development.
Posted by Dan Owen at 9:59 AM

Email ThisBlogThis!Share to TwitterShare to FacebookShare to Pinterest
Labels: antibiotics, Forsythkid, opinion, WHO