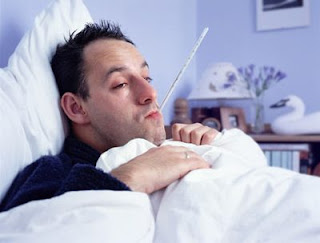 One of the indicators for determining how severe the coming flu season will be is to just look at the opposite hemisphere to see what is happening. The flu bug is always active somewhere in the world and tends to get worst in colder weather when people tend to become in closer contact. When it's October here and we are just getting into the cooler months, places like Australia are heading for spring.

Health experts say this is Australia’s worst flu outbreak thanks to a particularly nasty strain,
Influenza A (H3N2). More than 137,500 cases of flu have been reported so far this year including a record breaking 30,000 cases in August. That’s more than double the 53,159 cases confirmed by this time last year and more than the total 83,092 cases confirmed by the end of the flu season in 2016.

So, we have that same strain, (perhaps) to look forward to later this winter season! Thankfully, the vaccine that is being made available this year has an A/Hong Kong/4801/2014 (H3N2)-like deactivated virus as part of the mix!

Of interest is the fact that the flu is already hitting states like Colorado pretty hard.  www.taneyweather.com
Posted by Dan Owen at 7:47 AM